Knowledge Representation, as we discussed in our previous article, is an integral part of Artificial Intelligence (AI). It works along with Reasoning to enable machines to comprehend and represent accumulated data and knowledge in a reasoning way. It is concerned with thinking and how it contributes to intelligent machines. Moreover, it uses various techniques to accomplish an accurate representation of knowledge. These techniques are:

It is one of these techniques, Semantic Networks, that we are going to discuss in detail today, by answering various critical questions associated with it, like defining the principles of semantic networks;

But, let’s begin the discussion by answering the most crucial question:

What are Semantic Nets in AI?

Semantic Networks or Semantic Net is a knowledge representation technique used for propositional information. Though its versions were long being used in philosophy, cognitive science (in the form of semantic memory), and linguistics, Semantic Network’s implementation in computer science was first developed for artificial intelligence and machine learning. It is a knowledge base that represents concepts in a network and the systematic relations between them.


Semantic Network is a directed or undirected graph consisting of vertices. These vertices represent concepts and edges, which further represent semantic relations between concepts, mapping or connecting semantic fields. Moreover, it is termed as Associative Networks, as it processes the knowledge about accepted meanings in adjacent regions.

Some of the examples of Semantic Networks are:

Semantic Networks can further be defined by specifying its fundamental components, which are:

As stated earlier, the semantic network is a simple knowledge representation technique. It uses graphic notation to represent knowledge or data, wherein a graph of labeled nodes and labels are used, with directed arcs to encode knowledge. It follows a simple and comprehensible architecture, which helps add and change information efficiently. 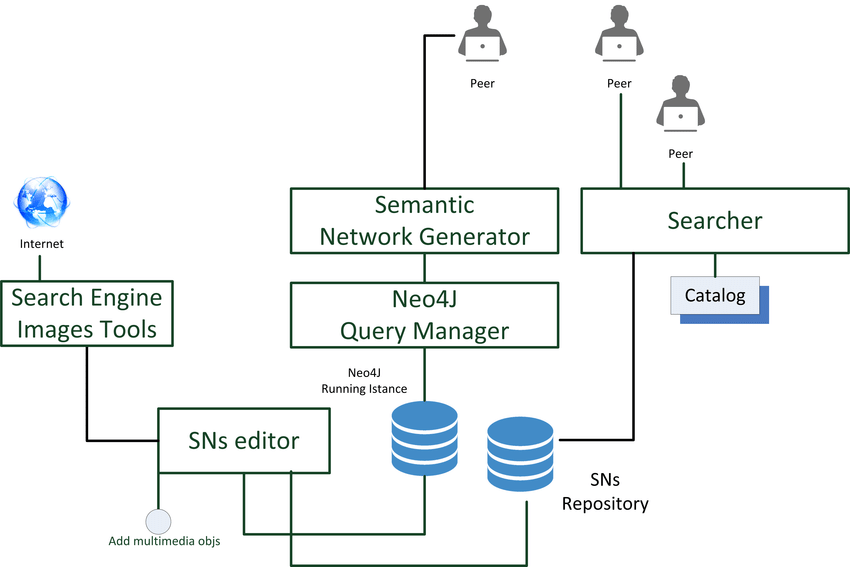 With the growing need for intelligent machines, the application of semantic networks is also increasing. Therefore, listed here are some of the areas where Semantic Networks are applied or used:

As one of the oldest and the most effective techniques or Knowledge Representation, semantic networks offers various advantages, a few of which are:

Though the importance of Semantic Networks is immense in Knowledge Representation, we must consider the drawbacks it offers, such as:

Difference between Semantic Nets and Frames:

Semantic networks and frames are both knowledge representation techniques. Though they are categorized into the same group, their functions and working are vastly different from one another. Therefore, to help you understand the differences between the two, we are here with a detailed comparison of semantic nets and frames.

In the field of artificial intelligence, problem-solving and knowledge representation can be simplified with a suitable knowledge representation technique, and the semantic network model is the most appropriate, as it captures and encapsulates a vast amount of information entering an intelligent environment and improves the expressive power of intelligent machines. Moreover, its nature enables adding and changing the information in localized and clear-cut, inference generation extremely efficient.